On 04/22/2017 FlexiDie released source code and binaries for FlexiSpy’s mobile spyware program. Being the good reverse engineer that I am, my analysis is below. The IOC section is intended for other reverse engineers and antivirus vendors. General Overview is intended for journalists. I will release a detailed technical teardown in a day or two.

The URL and Strings section below are intended for AV companies. This can be used for identification purposes. When I have more time I’ll try knock out some yara rules.

The following strings were found in the source code leak, filename: /source/phoenix/test/phoenix_demo/src/demo/vvt/phoenix/PhoenixDemoActivity.java:

This section is intended for journalists and those who want a minimized technical writeup of the spyware. This analysis was done via briefly reverse engineering the two android applications and examining the leaked source code. The source code is for version 1.00.1, while the android applications are at versions 2.24.3 and 2.25.1. The versioning is important because 1.00.1 has the capability to only monitor one instant message application, while the 2.24.3 version monitors over one dozen popular instant message clients. Please note that this blog post represents a few hours of analysis and there might be more functionality within the code base.

The application is intended to be installed on a mobile device. If the device is rooted, a series of steps occur that ensure the spyware can persist on the victim’s device. At the time of this writing I have not found if or how the spyware can root a non rooted device.

All these capabilities are possible because the mobile application requests numerous permissions off the device. But it is my understanding that the monitoring of other applications: whatsapp, snapchat etc, can not be done unless the mobile device is rooted 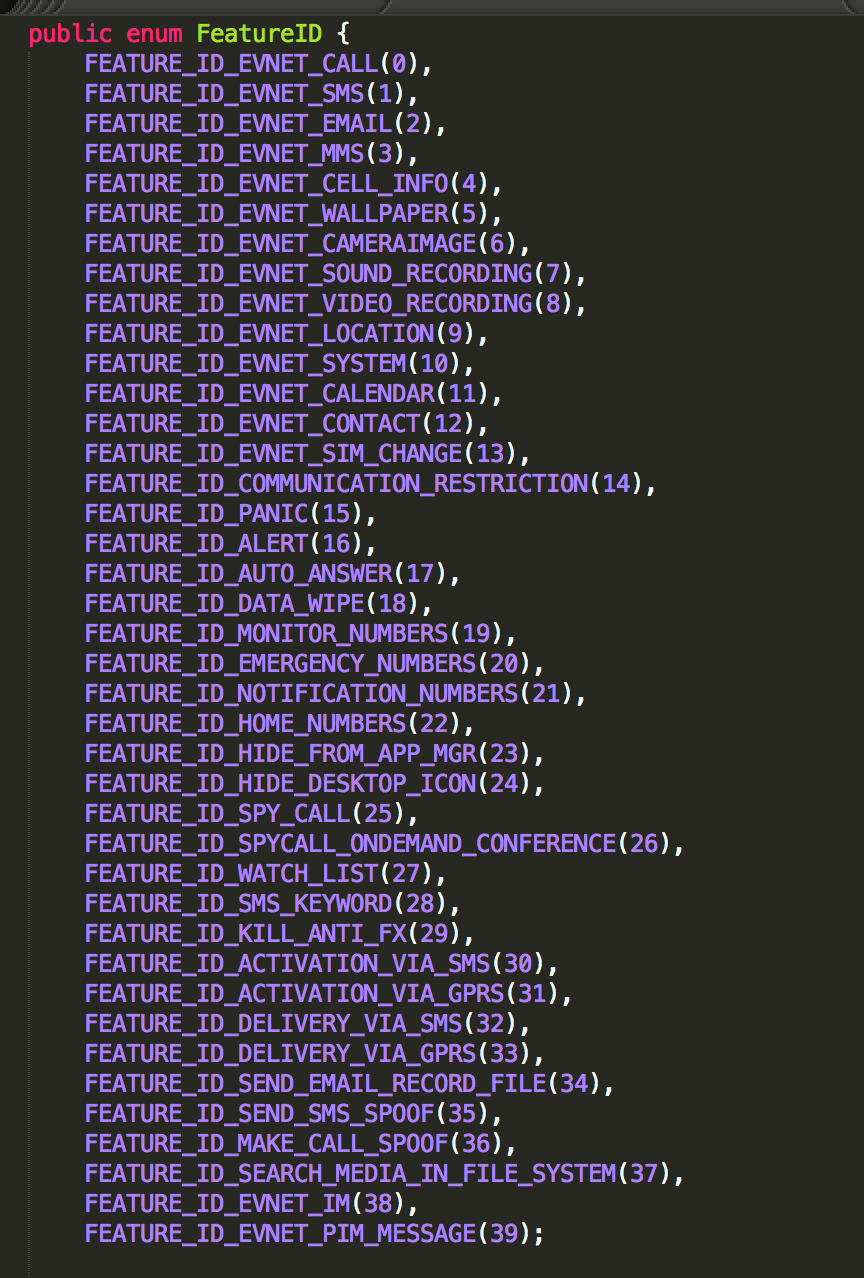 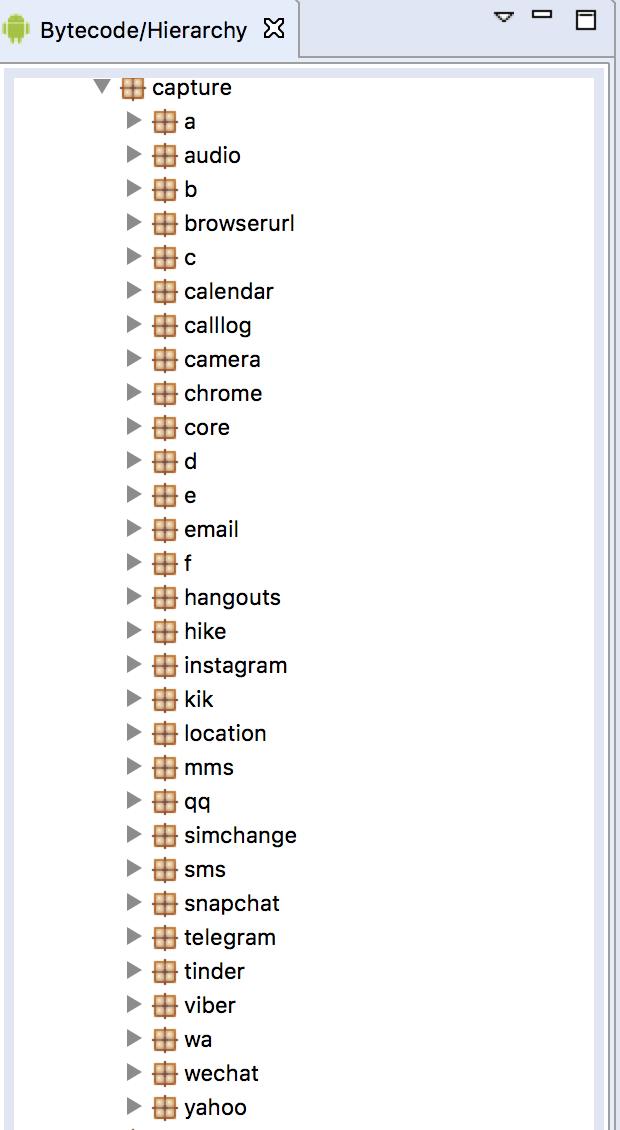 Has the ability to grab all the private whats app files on the mobile device. Whether this includes private messages and attachments needs to be tested.

References in code to grabbing the internal snapchat files. The phone would need to be rooted for this to work

On my flight back from Bsides Nashville, I’ll finish reverse engineering the APKs and provide a deep technical dive into them.